Enroute, Chief 35 (Nelson) reported a heavy smoke column from the other end of the township.

When Inspector 35 (Bilder) arrived, he reported heavy smoke and after investigating, reported 3 trailers burning in the rear of the complex against the old factory. Chief 35 special-called Engines from Allentown to assist while he was enroute. Allentown Engine 9 and Engine 6 along with Deputy 41 (Williams) responded. Engine 9 arrived first-due and put a blitz fire in-service. Chief 35 also requested Ladder 231 (Catasauqua).

Whitehall Engine 2 laid in from a yard hydrant only to find the yard hydrants were out-of-service. With that information, a tanker task force was requested. Tankers from Woodlawn (32), Greenawalds (11), Laury Station (12), Emerald (6) and New Tripoli (17) were dispatched. The tankers were needed to shuttle water into the fire scene for the duration of the incident.

The smoke column from this fire was seen for miles around the valley. This complex had multiple fires in the past and is due to be demolished at some point to make room for new development.

To watch live-streams of these fires, follow on Twitter and make sure to hit the follow button then the notification bell and select notify when live to be notified when I start a stream: http://www.twitter.com/newsworking 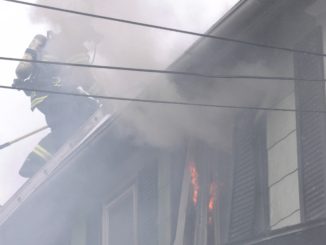 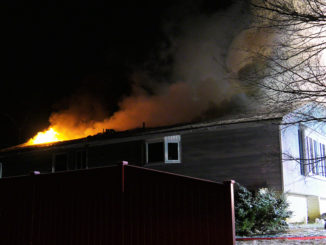 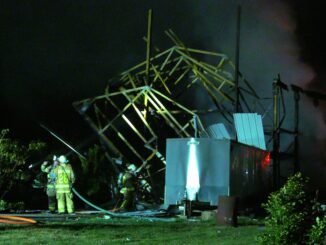