At 08:30AM Friday morning, Northampton County 9-1-1 dispatched Station 40 and surrounding companies to 214 East Northampton Street in Bath Borough for a house fire with possible entrapment with reports of people jumping out of windows.

On arrival they found a 2.5-story duplex with fire showing. It was reported that two children jumped from upper story windows to safety. A total of three people were injured.

Equivalent to a third alarm fire, multiple companies battled the blaze. Ladder 46 (East Allen) took the front of the building while Palmer Ladder 27 took the rear. Multiple hand lines were used in battling the blaze that took over an hour to contain.

The Pennsylvania State Fire Marshal office is investigating the cause of the blaze.

Support Newsworking with a purchase of a T-shirt here 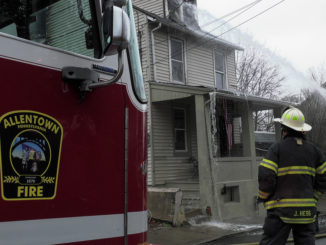 All hands go to work on the East Side House Fire 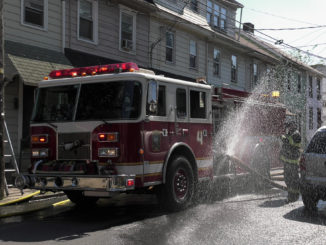 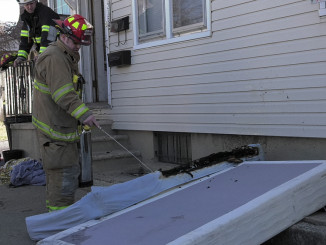