Minutes later the police arrived and reported a working fire.  Engine 4 (LC 3911) arrived to find heavy fire throughout the 1st and 2nd floors of the 2-story private dwelling and stretched a large hand line to the east side (side B) of the dwelling.

Quint 3 arrived and positioned in front of the fire building and put their elevated master stream into operation.

The house was under renovation and no one was in the home at the time of the fire.  Firefighters battled the fire for one hour and thirty minutes before darkening down the flames.

A bulldozer was called in to tear the structure down. 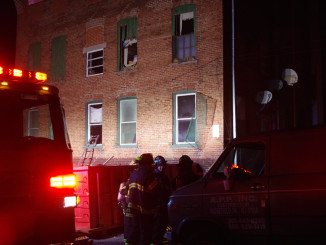 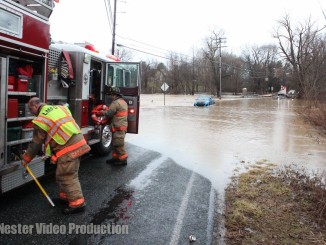 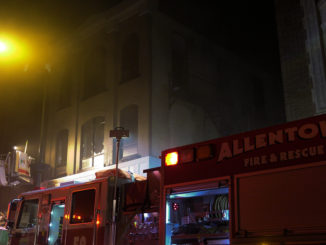