Early Saturday afternoon Whitehall Fire Department was sent to the intersection of Route 145 and Center Street for the auto extrication. The box was transmitted and Rescue 5 (LC4041), Rescue 8 (LC3641), Engine 13 and Medic 62 were dispatched.

Police arrived and reported a car into the retention pond in front of the Auto Zone and a car up against a light standard with a female trapped inside.

Rescue 5 arrived and put their Jaws-of-Life in-service and started removing the rear door – driver side.

Rescue 8 arrived from the Fullerton Station and assisted Rescue 5. Both driver side doors were removed and the female walked to an awaiting Cetronia Ambulance.

One female in the car that was down in the retention pond was injured and put on a stretcher to an awaiting Cetronia Ambulance. 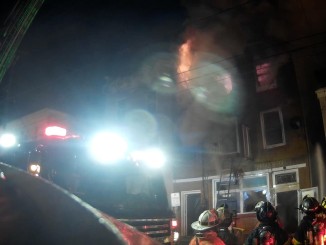 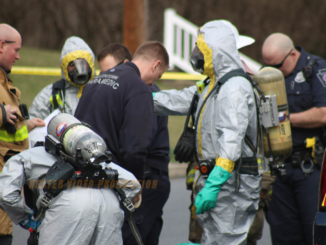 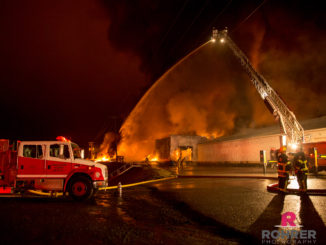