The fire dispatcher immediately advised the Battalion Chief Held (43) that the box was transmitted for that address while he and the first due companies operated on 4th Street.  The dispatcher told him they see people being carried out of the house with smoke showing from the street cam.  Battalion 43 released Engines 4, 9 and Truck 2 from the call on 4th Street.

Engine 4 arrived and reported nothing showing.  After further investigation by the chief, they found a fire on the top floors of the house and stretched a hand line in for a quick knock down of the fire.  The assignment was reduced to 2 Engines and the Truck.

Engine 6 arrived and reported heavy smoke from the 2-story middle-of-row and stretched in for a fire on the second floor rear.    The fire was quickly knocked down.  Crews opened up the roof area to hit some hot spots.  Red Cross was called in to assist the family involved.

Support Newsworking and show off to all your friends that you are a fan by ordering a T-shirt from our store, CLICK HERE! 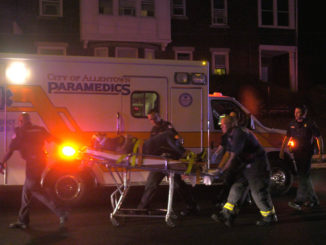 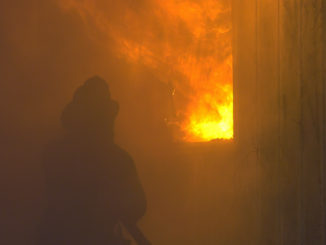 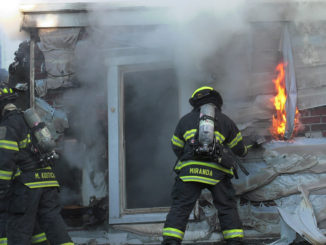