Battalion 43 arrived and reported a working fire in the garage of a 3-story apartment building. Engine 4 was initially blocked by a U-haul truck. Chief Hess ordered a hand line forthwith. The U-haul truck moved and Engine 4 and 9 were able to come down Spring Garden from 12th Street.

A supply line was brought in from a hydrant and 12th and Spring Garden. Engine 4 stretched two hand lines.

Saws were used to cut the metal garage door for access. Fire could be seen venting from the garage windows on the east side of the building. Searches were conducted on the floors above the garage and were negative.

Crews also opened up the second floor to check for extension. Majority of the fire damage was contained to the garage. 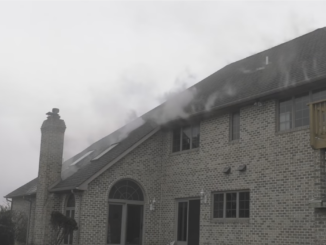 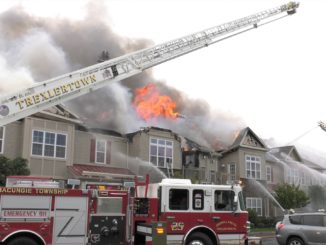 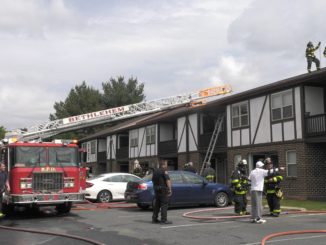 Tenants rescued from balconies during fire