While companies were responding, the fire dispatcher updated the information received from police on scene that two homes were involved in fire in the rear of the structures.

Battalion 43 arrives and reports smoke showing from the front of the 3-story middle-of-row dwelling (M/O/R) and has the 2nd alarm struck bringing in Engines 13, 14 and Air 1.  Engine 9 positions on Washington Street at the rear alley and stretches a line down the alley and runs a hand line off of the gated valve and reports fire showing in the rear.  In the front of the building on 8th, crews stretch a line through the front door.

Engine crews darken down the fire 10 minutes after arrival.  They found a fire on the first floor rear of the dwelling.  Both exposures were checked for fire extension.  Searches came up negative.

Truck 2 positioned in front of the fire building but wasn’t needed as the fire didn’t extend vertically.  Battalion 43 placed the call under control moments later. 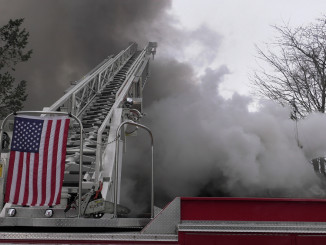 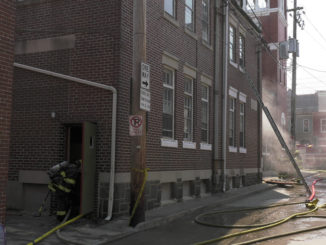 Fire breaks out at the Islamic Education Center on Linden Street 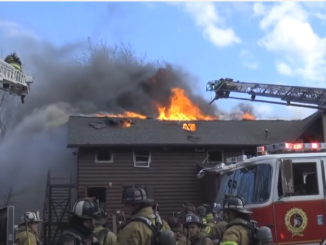