Allentown Police at 03:00AM radioed dispatch that they had smoke showing from the Dejavu lounge / club at 343 Hamilton Street. Allentown Fire Radio transmitted box 3112 for a building fire sending Engines 4, 9, 6, 14, Truck 2 (1) and Battalion 43 (Held).

Police officers alerted the patrons of the club that there’s a fire and they need to evacuate.

Battalion Chief Held arrived and reported heavy smoke from the building and struck out the second alarm. The second alarm consisted of Engine 13 and 10.

Engine 6 was ordered to the rear of the building where that crew stretched a 1-3/4″ hand line to the basement. They found fire towards the front of the building and immediately darkened down the fire.

The fire was already burning through the floor of the night club on the 1st floor.

Other crews were ordered to the apartments above the club to conduct searches and evacuate residents.

A total of 4 hand lines were stretched and operating at this fire. One firefighter sustained minor injuries after falling from a ground ladder. 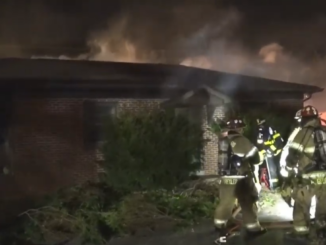 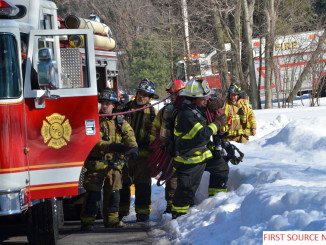 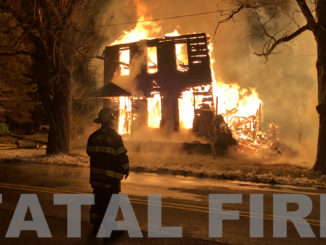