At 01:03 Saturday morning, Lehigh county dispatched station 2 and the police to the area of Mulberry and Canal Streets for a smoke investigation.

Engine 211 brought a water supply from Front and Mulberry and stretched two hand lines to the garage.  Fire was showing from the lower level of the building while heavy smoke pushed from the upper floors.  Truckies opened up the windows to vent the smoke.  Engine crews made quick work of the fire.

18 ladder from North Catasauqua struck a gas meter on School Street for the property at 124 Front Street.  UGI was notified to respond forthwith for an active leak.  They arrived and plugged the leak and dispatched a crew to dig up the street to fix the line.  The ladder truck had minor damage to the front bumper.

The fire was under control about 40 minutes into the call.  Companies remained on scene overhauling.  The fire is under investigation by the Fire Marshal’s office.

Watch our Live broadcast on @Newsworking 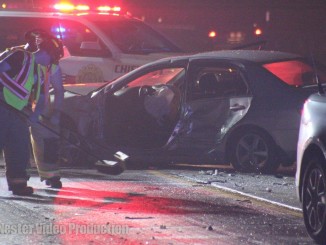 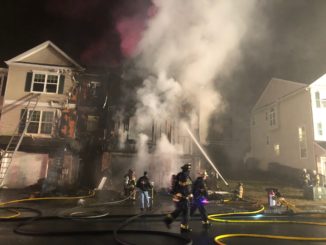 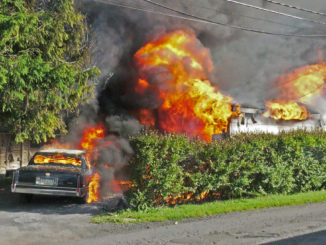