Early Saturday morning, Bethlehem 9-1-1 received a call from a neighbor reporting a female on the roof of a house at 513 Ontario Street yelling that her house is on fire. Engines 1, 3, 6, Ladder 1 and Truck 2 responded.

While responding, Police reported heavy smoke and fire in the rear. Engine 1 arrived and reported smoke in the area and the second alarm was transmitted.

Two lines were stretched and operating. All searches came up negative. 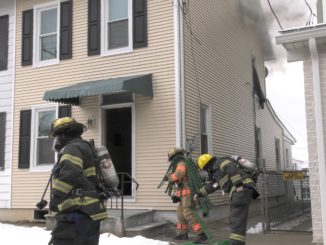 Firefighters stretch in for an attic fire on 3rd Street 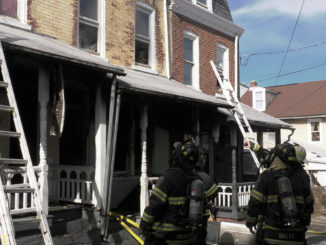 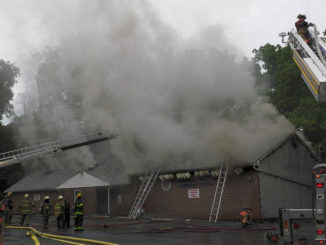 Video: 2nd alarm fire at the American Legion in Hokendauqua